For the past two years, at least, I have procrastinated about starting a blog, but I never really voiced my disappointment in myself before.  But, you know how sometimes you just speak something into the universe and then it boomerangs back in your face??  That was me tonight.  Speaking this thought and then somehow finding myself promising my friend that I would have four blog posts to her next week.  But I still had no idea where I would start.

Low and behold, I return home where I co-habitate with my parents (more on that later) and listen to a message on the physical answering machine connected to the landline ( a whole separate post!!!) and find a message directed to me from “George.”  Apparently George was shopping at Goodwill today and bought a shiny new, though obviously used, folder of some sort.  I don’t know how in the world he connected my documents to my parents answering machine, but by George (LOL), he did it!  He tells me he found in said folder, my birth certificate, car title and “several other things," along with a number to reach him at.   Bless your heart, George!  OMG!!!

This would be bad enough on any given day but what makes it absolutely ridiculous is that I am a professional organizer with my own organizing business!!  (go check out www.grace2Bfree.net—or maybe I shouldn’t even tell you that right now!)  I get paid to help people get rid of things like old folders and make sure there is not still valuable information in them!!  I recently returned from the annual NAPO (National Association of Productivity and Organizing Professionals) conference and felt really motivated to start offering some new services—one of them being a disaster-preparedness package, making sure that all of your documents are in order, copied, and in secure places known to your trusted family in case of emergency.  My first step was to make sure my own disaster preparedness plan was in order—thanks for the wake-up call, George!

What’s really the most ridiculous is that I was so excited to hear this message, not because my documents would be returned safely, but because A) I knew that Goodwill actually sells the things I drop off every day AND that people actually buy them and B) because I knew I had my first blog post!  Today, by letting go of my own embarrassment I was able to accomplish a long-time in the making goal of getting something on paper to you.   I hope you enjoy and stay tuned to my stories of life...with a side of organizing. 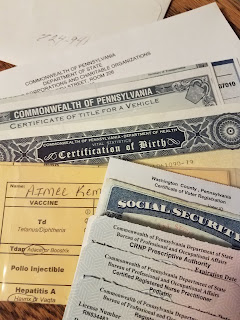 I’m really not sure where I’m going with this, but I’m overdue for a posting, so here it goes.   A lot of clients end... 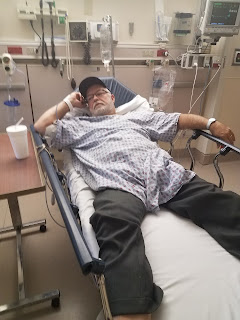